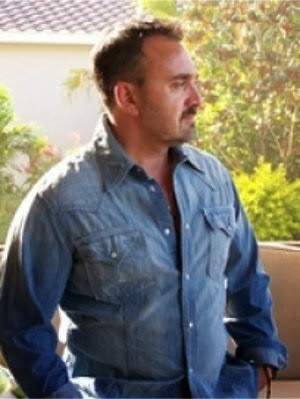 Today we WELCOME Greg Sandora  and his new novel, Jack Canon's Women of the House.  It sounds like this book has it all:  Romance, mystery, suspense, high level politics and intrigue...and the list goes on and on!  Before we delve too far into all of that, though, first things first.  Let's learn a little about the man behind Jack Canon (and all of those women) - Author Greg Sandora.

I'm originally from the Portland, Maine area and lived and worked there for years before moving to Southwest Florida. I am currently working on a Supernatural Romantic Thriller titled: Gabby, Angel of God.

My Dad and Mom were artists, my father painted and my mother wrote poetry and loved to garden. Most Saturdays we loaded up the 1970 Chevy Impala to trek to a one man show somewhere or other. I took a different track graduating with a business degree; owning and operating an Award Winning Franchise Fitness Center.

Currently a professional manager I am living in Florida with my beautiful wife and children, and following my passion.

My current project in the works involves angels - a man during a visit to Bar Harbor Maine encounters an angel; quite accidentally, he is told - she was not supposed to make him aware of her existence. Only three others have ever seen the real thing. Naturally he falls hopelessly in love with the beautiful creature. 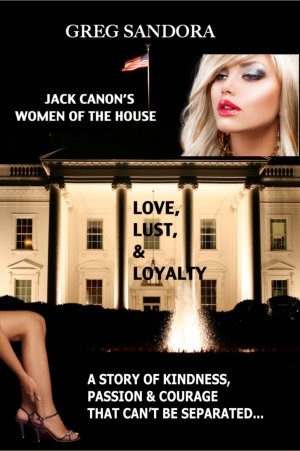 Two months have passed since the long awaited inauguration of the New President of the United States - Jack Canon. Now he must live up to his promises. The World is wounded, people are hurting, the new President must keep the country afloat. Jack leads a very full life - The first couple's relationship is hot with passion, but he can never admit that to Sandy, his best friend who is also head over heels in love with him. The Women of the House provide a welcome distraction while helping with the arduous task of running the country.
As President Jack must make tough decisions: Global Terrorism, Human Trafficking, Korea on the brink of war, all while thwarting International Greed. Women of the House is a story of noble sacrifice at extremely high cost. Who's going to be the first to be strong enough and willing to pay? It's not all work in Women of the House - Think the Wedding of the Decade meets the Crime of the Century.


Note:  I noticed in the "About the Book" section it referred to this as a sequel.  I looked up the original and it is called Jack Canon's American Destiny.  Here is the video trailer for the first book:


Excerpt From Jack Canon's Women of the House

"Guys, would you excuse me for a moment. Daphne teased biting her lower lip in an adorable half smile. Jack, I’ve got something to show you." Her voiced pitched as she trained her pretty eyes toward mine anticipating my reaction.
"Nice, Honey. While you’re out there…tell the V.P.—we’ll meet with her on Monday."
"Are you sure, Jack?" Locking eyes, "Your Mondays are always so full?"
"Sweetie, just fit her in the best you can—between something else – we might as well get it over with. Ten minutes tops."
Daphne leaned into my side to whisper, "Okay, I’ll be right back," I couldn’t see them, but I imagined her raising her perfectly brushed brows. She leaned in closer, her pretty voice got softer, "With a surprise – I’m just dying to show you the dress I bought for the wedding." Her breasts and tummy pressed against my arm as she tenderly whispered the words.
"How’s that a surprise if you told him?" Alyson asked freshly. "I heard you."
Daphne was generous with her touch and rubbed into me. I’ve never met a girl more comfortable in her own skin. Placing one hand firmly on my leg, she squeezed, delicately leaving the chair, before performing her usual sexy slink toward the door. This girl couldn’t help being beautiful!
Alone together, Alyson piped up, "That’s why woman hate her, Jack." She added shaking her head gently against my chest, "That walk – it’s like she’s always trying to turn you on. Every minute she’s around you – she never let’s up. She’s so competitive – do you see it? And,—that voice – nobody talks like that!"
I put both arms around Alyson and held tighter to reassure her, "Honey, – this job would kill me if I didn’t have you girls to take the edge off." She seemed satisfied to hear me excuse Daphne’s sultry antics. We sat quietly a moment before she started fidgeting with the ends of her dress.
"I’m sorry, Jack – you must think I’m just as bad the way my dress is riding up. It’s so short to begin with – I wore it for you."
"Don’t ever worry about me, – you’re a wonderful distraction."
"You know what – the heck with it then, I’ll just let it ride up so you can see the tops of my thighs." She giggled.
"They’re beautiful. I just don’t want to take advantage of you."
Alyson snuggled closer, getting more comfortable, "Really, Jack? It’s my body and I want you to see it. For that matter these are my lips," I felt a trace of lip-gloss, scented cherry.
"My mouth wanted to kiss you."
"Yeah?" I said a bit too softly, wishing I’d said it in a deeper tone. Rubbing her arms, feeling tender towards her. "It’s sort of funny, your body does whatever it wants."
She giggled and smiled, "I guess."
"Okay, I’m good, Sweetie."
"Hey, Jack? What ever happened to Elsa?" Changing the subject.
"Elsa? We located her shoes. We found them in a Greek brothel. The girl that had them told our crew Elsa was auctioned off to a Saudi Sheik."
"Oh my God." Alyson covered her mouth.
"No, that’s good news because chances are she’ll still be alive when we go get her."
"You’re going after her?"
"We sure are. Tip has your dad training on weapons and systems right now. It’s going to take him a few days to get him back up to speed. He’s been out of commission for a while, but as soon as he is ready he’s heading over there to rescue her."
"Jack, do you think the sheik will just hand her over?"
"No, it’s going to be messy, we’ll have to wreck the place, but we’re sending a message. The only thing that matters is that Elsa will be coming home. And, girls like her will be safe. We’re going to stop human slavery once and for all."
"What about in the U.S., Jack?"
"Here it’s a different story – we need to beef up law enforcement. We already have the means to stop trafficking, but it’s been allowed to go on."
"Why?" Alyson asked in disbelief.
"Tip would be angry for me telling you – for your own sake, Sweetheart—you really don’t want to know…" Just as I was about to spill it—Daphne saved me from having to explain any further. Sauntering in wearing a peach form fitting tube dress—flattering her knock out figure to lengths I hadn’t ever allowed my mind to go. All-over- glitter silver stilettos shining over glossy black platforms gave her a statuesque long-legged appearance. She made her way toward me stopping short in the middle of the room. Daphne had a way of making love with her eyes.

Thank you so much for joining us, Greg.  Please leave all of your contact info. so we an start reading Jack Canon's Women of the House right away as well as keep up with all of the latest on you!