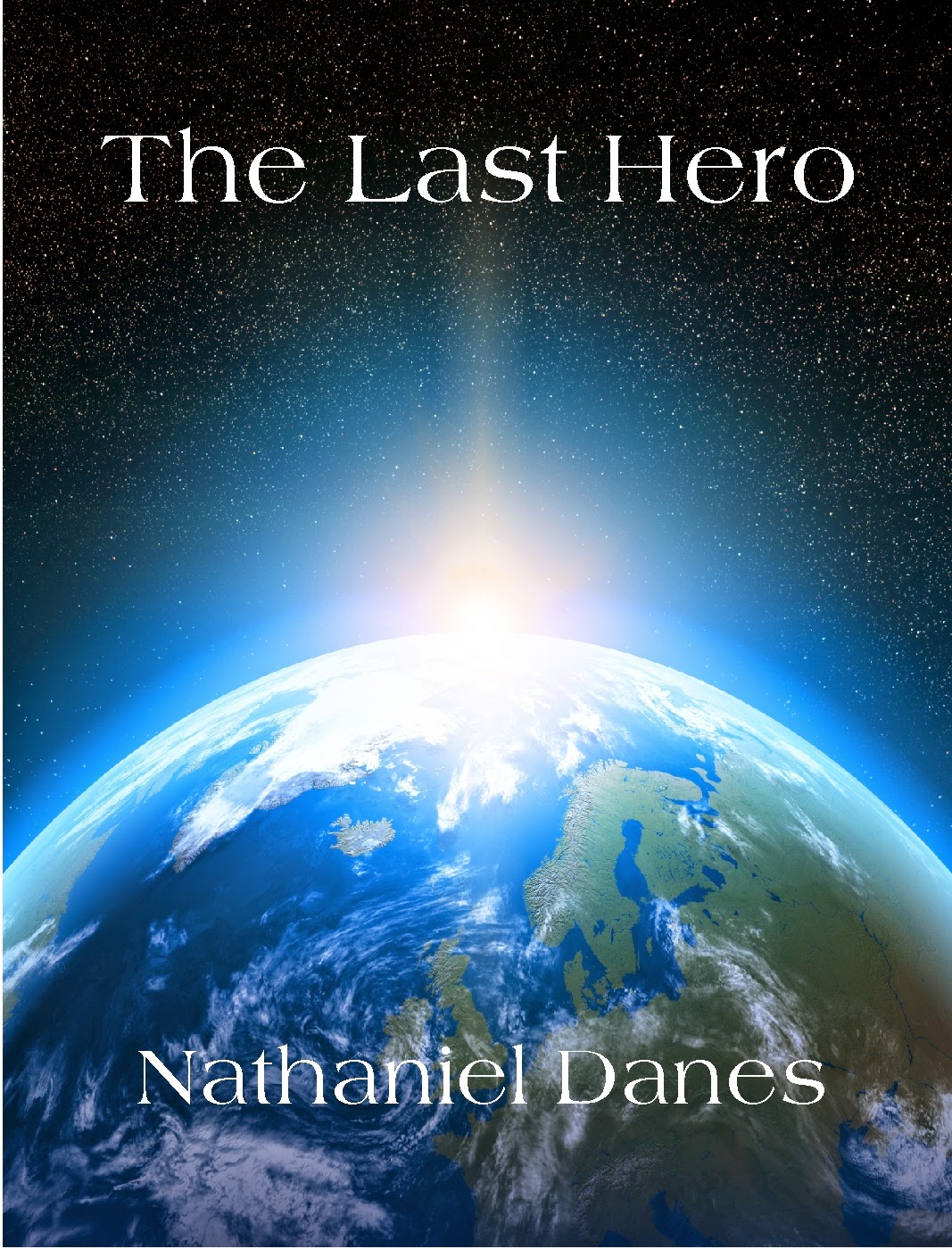 Welcome Nathaniel, SO happy to have you here today!

What I found so fascinating and what really resonated with me when you contacted me is twofold:  First, your book, The Last Hero, has similarities to The Kabrini Message that I'm sure will "hit home" with our fans and readers as well - yet's it's unique and very much it's own story as well.  Also, your own personal story is so inspirational.  Again, we LOVE a good "story-behind-the-story" here at The Kabrini Message.  It's difficult for anyone to get published in these times, so when additional challenges are involved, whatever they may be, it's even more proof that what is meant to be will be and NOTHING is impossible as long as you never give up!

So, with all of that said, let's delve into a little more about you and how all of this came about!  How long have you been a writer and how many books have you published?

I started writing about six years ago. Never tried to publish any of them for about five and a half years. Just wrote and wrote then rewrote. It was a good exercise and helped me sharpen my pen. My first novel, The Last Hero, was just published on Oct. 14 by Solstice Publishing.

Congratulations!  What is it that made you want to become a writer?

My mind is always turning. I often slip into my own imaginary worlds. It's kind of a defense mechanism. I'm going blind from a genetic disorder and it’s an escape to dream universes I don't have any limitations.
I always wanted to write down these fantasies, to get them out of my head. But, I knew I couldn’t for a long time. Then, between college, graduate school, and a professional career that demands a lot of writing, my skills rose to the point where I felt component to start trying.

That is awesome...If you can dream it, you can visit it!  What genre do you specialize in?

Science fiction within the subgenres of space opera, military, and Hard SciFi. I like writing about the future because you have the freedom to do just about anything. I also like to write military/combat scenarios because all I ever wanted to be growing up was an Army officer but my vision took that dream away from me. Now, I live out that dream through my imagination.

Absolutely.  That is so incredibly inspiring that you have found a way to NOT let your situation have the last say on what you will experience!

What is the most interesting thing that has happened to you since you started writing?

The reaction of my friends and family when I told them I was getting published. It came as a total surprise to them because I’d told almost no one I had been writing. Not only am I visually impaired, I’m also dyslexic. To them, the idea I could write a book, let along get one published, seemed unreal. It’s fun to exceed people’s expectations of you.

As you know, unless you are already very famous, it seems to be all about non-fiction right now (self-help, etc.)  So getting published at this time, especially for a first time author of fiction, is an amazing accomplishment for anyone!

What advice do you have for aspiring authors?

Just write and write and rewrite. Don’t give up. If you write with passion and believe in yourself, chances are someone will give you a shot. Also, don’t try to be a writer you aren't. Write what you want to read.

Great advice.  The only way one is sure to fail is to give up!  The key is to keep trying, as long as it takes.

So tell us all about your new book, The Last Hero.

The Last Hero, is a full length space opera novel just released in October. It

starts off a couple hundred years in the future after first contact with a race of pacifists convinced humanity to make peace with itself and disarm.

When we first meet the heroine, the last Medal of Honor recipient, he's selling insurance for his father-in-law. A natural warrior, he's made the best of a demilitarized Earth and become a dedicated family man. He's drafted back into active service after a third race destroys the New Earth colony, forcing a crash mobilization.

As he travels the galaxy fighting the war, he struggles with the internal conflict between his lust for battle and his father's heart which just wants to be with his daughter. The law of relativity comes into play to complicate things.

There are big space battles and large scale ground engagements to more than keep the blood flowing, but it’s a deeper story than just action, explosion, fire fight, explosion, the end.

Excerpt:
Trent knelt down where Anna could throw her arms around his neck. She pulled against him tight and started crying again. Tears rolled down his face as he whispered, “I love you more than you can understand. I’m sorry.”
Her cries downed out his soft words.
After a minute, Trent summoned all of his strength to break free of her hold. Standing, he shared a look with Madison. She wrapped him in a loving, warm hug.
This time she did the whispering, “Remember what I told you. Make them pay.”
He pulled away, nodding as he placed his hand on Anna’s sobbing head.
“I’ll see you both again someday. I promise.” The words bound him to a promise he wasn’t sure he could keep.

Blurb:
Contact with a race of pacifists convinces mankind to lay down its weapons and keep the peace. The last Medal of Honor recipient, Trent Maxwell, trades glory for the comforts of a family after the U.S. Army disbands. All that ends when an alien menace attacks the New Earth colony, which forces a crash mobilization. Trent finds himself reactivated and traveling through space to distant worlds, in order to stop this new enemy. During the century long journey of death, love, and loss, he also deals with the law of relativity that wreaks havoc with his daughter.

Do you have and future books in the works?

Sure do. The Last Hero is the first in a trilogy. I am editing Book Two now. Once this series is over, I will start polishing the drafts I have written for the first two books in another series.

That's exciting - glad to hear there will be two more!  You are a busy guy, but I'm sure you are an avid reader as well.  What are you currently reading and what do you like to read?

Exile, Star Force Series by B.V. Larson and David VanDyke. I like to read what I write, space operas, military, hard SciFi.

Thank you so much for joining us today - it has been so much fun and we look forward to having you back again for Books 2 & 3 and any and all future projects!  Please leave us with your contact links so we may stay in touch in the meantime.  All the best of luck to you and thanks again!

Bio:
Nathaniel Danes is a self-diagnosed sci-fi junkie and, according to his wife, has an over active imagination. Mostly blind, he writes to create universes where he has no limitations. He lives with his wife and daughter in the Washington, DC area.