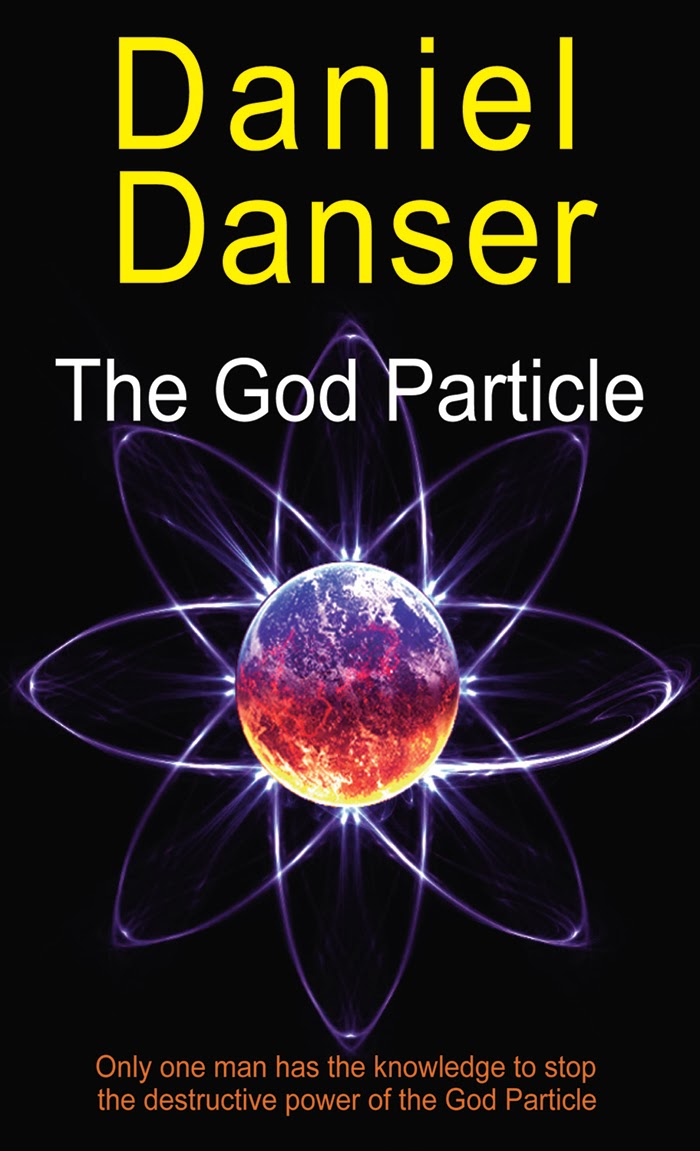 Today we are pleased to welcome Author Daniel Danser and learn all about his new novel, The God Particle.

We will have a good chat with Daniel, but first, here is a synopsis of The God Particle followed by the video trailer.

CERN’s Hadron Collider is the world’s most powerful machine; its sole purpose is to prove the existence of the mysterious God Particles – the essential building blocks of the universe. But after a series of global catastrophes, suspicion arises as to whether they are occurring naturally or are somehow connected to the collider’s experiments.

After the sudden death of the project’s director general, professor of physics at Massachusetts Institute of Technology, Tom Halligan, is headhunted by CERN’s governing council to continue the search for the elusive particles.

He is soon embroiled in a titanic struggle against sinister forces that are intent on creating a chain of events, the outcome of which will determine the fate of mankind.

The battle to save the planet from annihilation is being fought by the most unlikely of heroes.

And here is some info. on the Author, Daniel Danser. 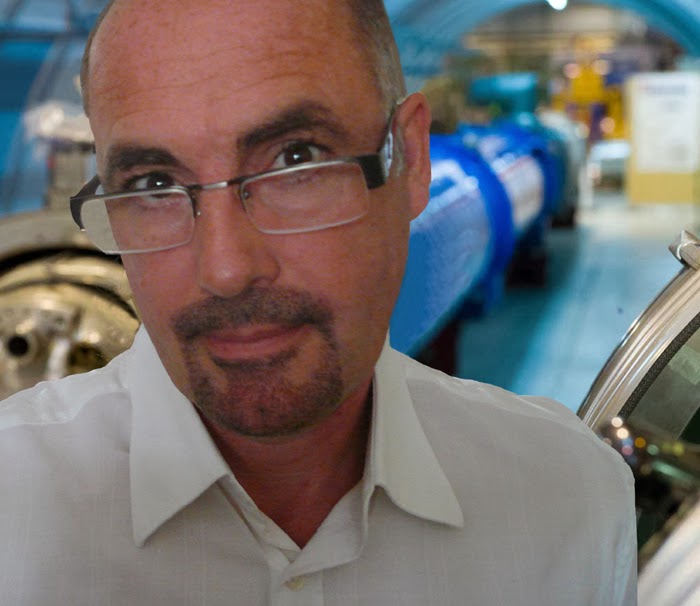 Born in Yorkshire, England in 1961, Daniel spent his formative years with his head buried squarely in a book. His appetite for literature was insatiable; by the time he was a teenager he had read an entire library of books, from ‘the classics’ to popular fiction, but his preferred genre was action and adventure, citing Frederick Forsyth, Ian Fleming and Robert Ludlum amongst his favourite authors.

It was inevitable that he would take his passion into adulthood and, in 1979, went to Manchester University, graduating with a first class honours degree in English Literature. After a short spell as a journalist at the Manchester Evening News, he recognized the commercial potential of the newly emerging computer industry and joined IBM, where, his forward-thinking creativity was put to good use, developing some of the computer platforms that are still recognized as the industry standard, today.

Daniel left IBM in 1995 to set up his own company. Carving a career as an internet entrepreneur left little time for him to pursue his dream of writing his own novel, although, his passion for reading never waned and he was rarely seen without the latest best-selling novel in his hand.

Daniel now works as a freelance writer and, with the encouragement of his family, has finally found the time to put pen to paper. His first novel, inspired by a business trip to Geneva, where he overheard two technicians from the nearby CERN institute discussing the Hadron Collider, delves into a sinister world where humanity has reached a tipping point of developing technology so profound, that it can destroy the human race.

So...WELCOME Daniel!  Thank you so much for joining us today.  I'd like to start off by asking you a few questions about The God Particle.

Who is your favorite character in The God Particle?

It has to be the lead character – Tom Halligan. He’s not your archetypal hero but he has some very good qualities which seem to help him achieve what he has to do.

If you could spend a day with one of your characters, which one would it be and why?

There’s a young Indian character in the book called Anjit. He hasn't had the best of upbringings, due to his father and mother being killed at an early age, but his heart’s in the right place. I’d like to spend the day getting to know him a bit better and maybe pass on some fatherly advice.

Have you written any other books?

No this is my first novel.

Well it sounds great and right in line with The Kabrini Message.  I think our fans will love it!  Do you have any plans for a sequel?

Yes, the epilogue lends itself to a sequel and I can’t wait to get started.

Please promise to keep us updated on the sequel as you progress!

As someone in the process of turning a book into a screenplay, I often ask the question:  Which of your works would you most like to see as a movie?  As The God Particle is your first novel, what are your thoughts of its film potential?

The God Particle started off as a great idea for a movie which I wanted to pitch to the main studios but as I did my research I found out that it wasn't that easy – there’s no protection. They could take your idea, mine it for the stuff they wanted and discard the rest. That way they don’t have to pay you a cent. So by publishing a book you are at least copyright protected.

That's very interesting.  I'd never thought of that.  I'm not sure how it works in England, but here (in the U.S.), you can register your screenplay with the Writer's Guild of America and protect it before you send it to agents and producers.

But back to your movie...Who would you cast as the lead characters?

I would cast Matt Damon as the lead character, Tom Halligan with Gal Gadot (an Israeli actress) as his leading lady.

Now for a few questions on your writing style...

How do you balance your “real life” with writing?

It took a long time to get into a position where I could write full time. You have to be relatively financially secure especially if it’s your first novel. Without the support of a partner or family, I don’t know how it’s possible. I was lucky; my wife encouraged me from the very beginning and still supports me now. I’m hoping to return the favor if my book’s successful, she wants to write a novel too!

"When" not "if"!  You are very lucky and I'm sure she feels the same way.  BTW, please extend an invitation to your wife to visit us here and tell us about her book as soon as she writes it - we'd love to be the first to know all about it!

So what sort of writing routine and methods do you typically use?

I’m a bit of a perfectionist, which isn't necessarily a good thing when it comes to creative writing. I’m not one of those authors that can pour the words down on paper and then go back and make it grammatically correct. I have a systematic approach – I would set myself a target of 1,500 words a day. It doesn't sound a lot, especially when you think that the average novel is 90,000 words, but I would know that the passage I’d written wouldn't need any further work and I could continue the story the next day where I left off.

Who or what is the epitome of a hero to you?

I would like to say something clever like Gandhi or Mandela, but the truth is I’m in awe of action heroes in films, whether it’s Arnie in Terminator, Harrison Ford in Star Wars or even Sigourney Weaver in Aliens. You've got to tip your hat to them; I wouldn't be able to save the world like they did!

What is your favorite part of writing?

I love it when the story comes together. Probably like most writers you set off on a journey not knowing where it’s going to take you. You probably have the final destination in sight but you rarely know what the route is to get there. Sometimes you have to start at the beginning again to complete the journey, as I did. Towards the end of the book I realized that it wasn't going to work unless I had a prologue to bring it all together.

What is your least favorite part of writing?

I have to say, unfortunately for me, it’s the marketing. I would like to use the time spent promoting my book, writing a sequel. But I know it’s all part of the process of getting a successful novel, unless you’re Dan Brown or J.K. Rowling of course!

I couldn't agree more!  Marketing is a huge part of it (too huge!) and it is extremely time consuming.

My muse and my biggest critic is my wife, Paula. I love reading my work out to her to gauge her reaction – it’s not always positive but it is definitely constructive.

That's the best kind and Paula sounds like a gem!

Lastly, please tell us about your experience with the road to publication; I know everyone's is different and it's something I always find interesting.

I managed to get an Indie Publisher who released my book as an eBook. I knew I had to be different when trying to attract publishers so I wrote to nearly two hundred of them and sent them all the  first four chapters published as full book (the rest of the pages I left blank) along with a metallic silver oven glove. At the end of the letter to them I said that they were probably wondering what the oven glove was for - because the novel is hot stuff of course! Corny, I know but you’d be surprised the reaction I got!