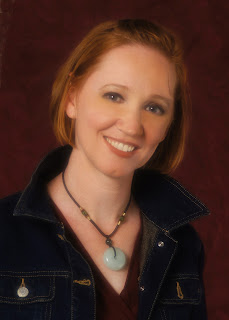 Good morning Barb and thank you so much for joining us!
Since your book deals with a missing child and a woman who wakes in a mental institution, I thought we’d explore your lighter side.

Thanks so much for having me here, Marie. I appreciate it! And I do have a lighter side!

If you could live the next 24 hours and then erase it and start over just once, what would you do?

I would sleep in. ha! I got up way too early because I had a lot to do, but finished everything with time to spare.

Have you ever performed for a crowd?

Yes, in second grade. My tumbling team was invited to open for Ringling Bros. Barnum & Bailey circus in Cincinnati, Ohio. It was such a thrill!

What cartoon character do you identify with?

When, if ever, have you experienced love at first sight?

When I met my husband. Only I didn’t know it at the time.

What is the best invention during your lifetime?

Texting. It keeps me in touch with my kids when they’re away.

What bill do you most dislike paying?

All of them. LOL. I don’t think there is such a thing as a good bill.

Now for the serious stuff:

Here’s the blurb for GONE 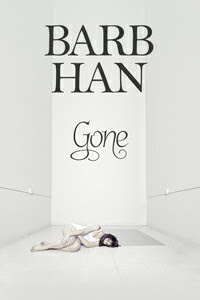 How far would you go to find a child that never existed?

Elizabeth Walker awakens in a mental institution, the aftermath of a nightmare in her veins. All she can think of is saving a little boy—her son. But the orderlies who rush in and jab her with needles assure her she has no son. So does her mother, who demands her doctors keep her calm and prevent her from these troubling delusions. But Elizabeth’s nightmares are so real, and her arms still feel the memory of holding her son. And her instincts tell her to trust no one. Her child is gone. Her memories are gone. Everything is just…gone.

Ex-military medic David Kerrigan will never stop blaming himself for the childhood tragedy that took his younger sister’s life. As a doctor on staff at the hospital, he’s drawn to Elizabeth, and he’s not sure that everything about her case is on the up and up. David knows full well he can’t change the past, but what if he can save this one person? And maybe helping Elizabeth might just save them both…

Here’s an excerpt from Gone

If memories were liquids, then Elizabeth Walker’s would be blood. Not warm, life-giving, tissue-bathing blood, but cold, coagulated, dried up, and stepped-over-on-the-sidewalk blood.
Memories weren’t liquids.
They were more like fireflies blinking in the dark, daring to be caught, disappearing a moment before they could be reached. And the only liquid left in Elizabeth’s body was a few unshed tears. They hardly ever fell now. Even they seemed to be drying up on her.
Nightmare or not, she would claw her way through any level of consciousness to save the boy. The last ounce of breath she drew from her lungs burst out as a scream, leaving her choking and gasping for air.
The sense of urgency to save him, to do something, burned frustrated holes through the bottoms of her feet—feet that did not touch pavement no matter how fast she moved.
She had to do something. But what?
She calculated the likelihood of reaching him and came up short. He was far. No way could she reach him in time.  Yet waiting, doing nothing, wasn’t an option either. Protective instinct propelled her legs forward, and damn the odds.
“Somebody. Help.” She pushed herself from the dream.
She dug her fingers into her mattress, discharging a crush of bleach into her hyperventilated nostrils. A drowning sensation filled her lungs. She clenched her chest muscles. She gasped, struggling for oxygen.
A door slamming against a wall made her sit bolt upright. Two bulky men in blue scrubs burst into the room.

Here is a brief Author's Bio on Barb:

Where to find Barb on the Web

Her newsletter has prizes and cool things just for subscribers.


Thank you for spending time with us today, Barb, and for sharing all the info. on Gone.  BTW...I love the book cover and can't wait to read it!  Best of luck with Gone as well as all of your projects!