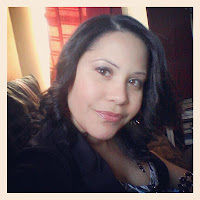 Please join me in giving a big welcome to our Guest Author today, Milly Taiden!  Milly also writes under the name of April Angel and today she will share info. with us on two of her current novels, Wynter's Captive, by Milly Taiden and Stranded Temptation by April Angel.


Blurb:
Being held captive for winter never felt so good. 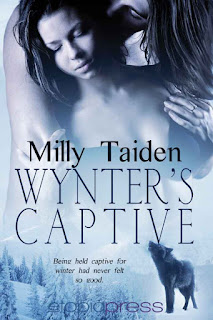 Lili is on her way to her cousin’s wedding when she thinks she hit a man in the road. Leaving the safety of her car to check on him turns out the be a big mistake, and pretty soon Lili is being abducted and held against her will by a super-sexy wolf who her body longs to touch. But just because he’s hot doesn’t mean she’s going to remain a captive.

Cade is not just an alpha, he’s a very wealthy man, used to getting what he wants. So when he attempts to abduct his ex-friend’s fiancé, he doesn’t expect to wind up with the wrong woman. Just how did he wind up with the maid of honor? And why does the woman melt every inch of him? But when she escapes, real danger awaits her beyond his protection. Cade must convince her to see beyond his deception if he has any chance to keep her alive.

ARe All Romance ebooks 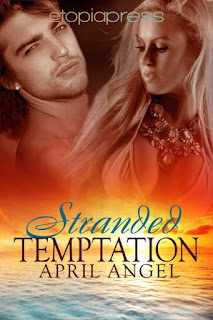 Blurb:
Stranded together, their passions will run wild.

Kara has a deep dislike for her boss, Max. She also wants him so badly it’s making her nuts. He’s a workaholic, a robot man. And he’s never shown the least bit of interest in her or anything else that wasn’t recorded in the corporate minutes. But when their plane crashes on the way to a meeting, leaving them stranded on a deserted island…just the two of them, all alone with all that ocean around them…Kara decides it’s time to start living. And by living, she means using Max for all the hot sex she’s been denied.

Max wants Kara—has wanted her for a long time. Unable to come out and cross the line between professional and personal, he makes her accompany him on business trips just to have her around. When they crash land and Kara shows him how much she wants him, he decides to quit being so professional and take the woman of his dreams. After all, what happens in the middle of nowhere, stays in the middle of nowhere. Until they’re rescued.

Back in the real world, things aren’t as easy. Kara is afraid to start a relationship with a man who completely ignored her until she took off her clothes, and Max is afraid she’ll never be able to trust him. But when someone makes it clear that Kara’s in danger, Max has more to protect than Kara’s feelings. And now that he has her, he’s not about to let her go.

ARe All Romance ebooks

Other Books by April Angel:


Author Bio:
Want to know about me?

April Angel (aka Milly Taiden) was born in the prettiest part of the Caribbean known as the Dominican Republic. She grew up between New York, Florida and Massachusetts. Currently, she resides in New York City with her husband, bossy young son and their little dog Speedy.

She’s addicted to shopping for shoes, chocolate (but who isn’t?) and Dunkin Donuts coffee.
A bookworm when she can get her hands on a good story, she loves reading all Mina Carter, Cynthia Eden, Laurann Dohner and Dianne Duvall among others.

Thank you so much for being with us today, Milly (& April!).  I want our readers to know Milly was kind enough to supply excerpts to both of the fabulous books we've discussed here today, but they were so steamy that I was too much of a prude to print them!  But...all the more reason to buy her books -  I promise you will be glad you did!  And last but certainly not least...

Milly is sponsoring a contest with some awesome prizes.  Enter below and good luck!

Posted by Kabrini Message at 9:05 AM