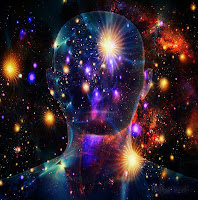 The following are detailed notes taken from the book Navigating the Collapse of Time (Weiser Books, 2011) by David Ian Cowan that I referred to in a previous post.  This is the book that my friend, astrologer and psychic Pennye Scullin practically insisted I read because of the parallel theories between it and The Kabrini Message.


The following are all direct quotes taken from the book, except where noted in RED, which are my notes.

NOTICE THE TIME PERIOD TO WHICH THIS FIRST GROUP OF QUOTES REFERENCE.  THEY ALL REFER TO THE EXACT TIME WHEN JOE ACTUALLY WROTE The Kabrini Messsage (1987):

“…the intense period of our awakening began during Harmonic Convergence in August 1987, when we began a twenty-five-year countdown to our awakening.  During this period of time, many memorable spiritual teachers have brought us critical information that has been challenging us to wake up.”

“The year 1986, identified by Jose Arguelles and others as the year of the Harmonic Convergence, marked the beginning of a 25-year countdown to planetary initiation into the photon band.  If you do the math, that brings us to the year 2012.  If you have not seen this year mentioned in some context in the past few years, I’m afraid you’re just not paying attention.”

“In 1986, as the Sun approached the primary boundary of the photon band, the Earth itself began to dip periodically into the band.  Initially, this was only for a period of a few weeks a year, with the Earth being exposed for longer periods as each year passed.  You can see Nature’s elegant plan for our gradual initiation into this region of intense energy.  If we were to be totally immersed all at once, it might not go so well for life on Earth.  The Mayans had a term for this 25-year transitional period – the Time of No Time, indicating that by the time it’s over, post-2012, time as we know it or experience it may not exist at all.  Or at least our relationship to time will have changed dramatically.”

“Interestingly, the Mayan calendar describes the period from 1986 to 2012 as the Time of No Time.”

THE FOLLOWING QUOTES REFER TO THE THEORY OF COLLECTIVE CONSCIOUSNESS, WHICH IS THE MAIN "MESSAGE" OF The Kabrini Message:

“The holographic model, wherein each aspect reflects the whole, has provided a valuable cognitive tool to help us appreciate the essential connectedness of our universe.  An inference here is that if we can positively affect our little slice of the whole, the whole benefits.”

“…Consider how much more responsible we will be with our minds and the thoughts we entertain when we realize that everyone can ‘hear’ us!”

“Collective consciousness is simply the result of many preferring to tune into the same information at the same time.”

“The insanity of war, inequality, poverty, disease, and domination can only be a projection of the basic dualistic split in the collective human mind.  As we all drink from the same well of 4-D – which is a way of saying ‘all minds are joined’ – each one of us, as we return to full awareness of non-dual Reality in our own experience, contributes exponentially to the healing of all of us, the planet and the universe.  You can think of your part in this as raising the frequency of the planet through your devotion to Truth.”

“…the universe of form, in all its elegance and complexity, is simply one possible expression of the infinite creativity of God’s True Creation – which is us.  If we can do all this with just an imaginary whim of a thought, a passing fancy in truth, what could we do as mature, focused, unified, and compassionate Creators of Realities?  Perhaps we are about to get a glimpse of this potential very soon.”

“The coming together of all the neural pathways in the brain into a single, cohesive, and conscious unit is a further correlate, or reflection, of the inevitable unification of humanity operating as One Mind.  I believe the linking of the planet’s information systems via the Internet reflects what is happening in our individual brains as well as the collective brain of humanity.  Once functioning at this level, any fear-based thought will immediately be known as self-defeating, and thus automatically be released from awareness.  War, conflict, neglect, poverty, etc. will have lost their basis in each and every one of us.  Our only interest as unified planetary beings will be in that which only serves the highest good of all.  Anything else is inconceivable.”

“I have no doubts that at some level within the planetary management system, these cycles and cosmic factors are known, but the information is denied to the public ostensibly to avoid panic.  It seems to me this denial of information may also be part of the effort to forestall the inevitable obsolescence of an old control paradigm based on fear and enslavement.  Inherent in this dysfunctional approach to planetary leadership is a lack of trust – in you, me and humanity – to face these trials and opportunities together, empowered by our unity.“

“The great potential here is that out of this joining there will arise a more balanced planetary awareness on a geopolitical level that will base decisions and policies on the highest good of all and not on ‘what’s in it for us.’  It is time to see there is only ‘us.’”

“And the truth today is that humanity, in order to mature into a responsible species, no longer needs to be managed by dysfunctional parents inculcating the same limiting patterns of fear and control that have been held unquestioned for untold generations.”

“If the Annunaki were here today physically, and obviously they are not, they would be sitting back in detached amusement at how the slaves continue to squabble among themselves, never pausing to consider that they share a common problem.”  (NOTE: More on “the Annunaki” is described in the next section, below.)

THESE NEXT QUOTES ALL REFER TO VARIOUS FORMS OF ALIEN SPECIES WITH ADVANCED COMMUNICATION "NETWORKS", STRIKINGLY SIMILAR TO The Kabrini:

The following refers to “the Annunaki”, who are described as a wandering group of advanced beings (from 450,000 years ago) “…whose planet had somehow been ejected from their own solar system.  Most likely their planet was part of the Sirius triple-star system and the Annunaki’s ejection was possibly the result of some cosmic cataclysm, although they may have been evicted!  Their planet was eventually pulled into the gravity field of our Sun, and became an “adopted orphan” - the twelfth planet. …Their main contribution to human success has been in the gift of science and technologies, as well as cultural gifts in the form of the arts and higher learning.  Locked in the memory of our shared DNA and now emerging at exponential rates is the knowledge (memory) of space flight, advanced DNA recombination, longevity, quantum science, advanced healing technologies, and perhaps even telepathy and teleportation.”

“It is now appreciated by some that around 10,500 BC and before, the planet hosted a global society that was linked not only by shared technology and science, but by a worldwide network of sacred temples linked to coastal centers and evenly distributed over the planet in exact mathematical relationship to each other, forming an intentional geometric grid pattern.”

THE FOLLOWING QUOTE REFERS TO CRYSTALS.  IN FACT CHAPTER 5 OF Navigating the Collapse of Time DELVES MORE DEEPLY INTO THE IMPORTANCE OF CRYSTALS AND RADIOS, WHICH ALSO FIGURE PROMINENTLY IN The Kabrini Message AND WILL BE EXPLORED  MORE FULLY IN A FUTURE POST:

“The first dimension is the source of gravity – the anchor and glue that holds all the dimensions together.  It is represented by an area 1,500 miles wide in the center of the Earth composed of intensely dense iron crystals.”