Do I really need an agent?


Like a lot of things in life, it might be nice, but frankly (and contrary to popular opinion), no, it is not absolutely necessary.

I spent one full year working hard soliciting them, but in the end it was not a literary agent that secured a publisher for The Kabrini Message.  At the end of that year I decided there was nothing to lose in my trying to go direct to publishers.
In addition to Query Tracker, which I had used previously, I joined Writers Market (www.writersmarket.com) and used the same query process as before, but tailored to publishers as opposed to agents.

Once you narrow down the field of publishers to fiction as opposed to non-fiction, then science fiction as a genre, then (and this is the deal breaker MOST of the time) "authors NOT represented by a literary agent" it's a much smaller group being queried to than agents.  I was left with only 12 publishers through Writers Market and 9 through Query Tracker.  Much different than the nearly 70 agents I had diligently pursued.  And yet...within a little over one month I had an offer from a wonderful, visionary publisher, Etopia Press!

DO NOT let anyone tell you that unless you want to self-publish, you MUST have a literary agent.  Those are not the only two choices! 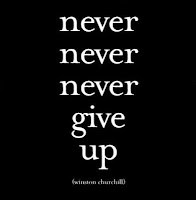 I am not opposed to agents.  It just didn't work out in this case.  I have nothing but the utmost respect for the literary agency I referred to earlier.  I am very grateful for their advice and assistance.  They offered many helpful suggestions, which I appreciated and followed to the letter with great results.  But I've had such a strong "feeling" about them from the very beginning and that intuitive sense has been 100% on target throughout this process.  So how, then, did they miss out on the book?  The only thing I can figure out is perhaps they were meant for the movie deal!

In the meantime, I am thrilled to say The Kabrini Message is being published (yes, without an agent, thank you very much!), by Etopia Press and I could not be happier!  I am so very grateful for the opportunity and to everyone there.  The staff and the warm and wonderful group of supportive authors at Etopia Press have been awesome!  Thank you Annie Melton and Etopia Press for believing!

Do you absolutely need an agent?  No!  Who knew?