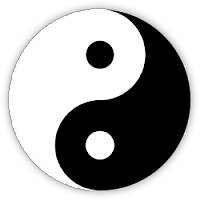 Even though The Kabrini Message was written by a male and is primarily science fiction, which is often (although certainly not always) thought to be a more male oriented genre, there is some irony in the realization that it has been an entirely collaborative female influence that has brought it to the published page.

I'm not sure what, if any, significance that has, but it's interesting and a little paradoxical.

Originally I was (only slightly) concerned that because the writer/editor I hired to "polish" the novel is a woman, there could be an impact on the smooth transition we wanted to achieve.  That was never an issue.

The original manuscript for The Kabrini Message was typed by my mom, Marie Egles - I believe on a real "typewriter", not on a computer!  She encouraged Joe and was the one that, I feel, led me to the envelope of loose pages in my attic.

When I found The Kabrini Message, Gwen Jones (Joe's wife) was the legal owner and had she not been on board with having it published, this would never be happening.  Gwen was also present and "a sounding board" throughout the entire time of the writing of the novel.

Amy Bell of WritePunch, Inc. edited and polished the manuscript.

Professional psychic and astrologer Pennye Scullin, gave great advice all along the way.

Ultimately, Annie Melton, founder of Etopia Press is the publisher that signed The Kabrini Message for publication.

So not only was the whole male/female thing not a great challenge to be avoided, but, as it turns out...a very diverse group of women is exactly what was needed to literally bring The Kabrini Message out of the attic and into the world!

Incidentally, if you have not yet seen the video trailer, please check it out:
The Official Kabrini Message Book Trailer