To continue Mark Twain's suggestion of a debate between a telescope and microscope (which has the greater view?), I want to continue with the microscope side - without billion dollar instruments.

A common question from grade school students who visited the planetarium at Arizona State University was: "If you could live on any planet, which planet would you choose?"
My answer always was "Earth."
A low audible rumble of disappointment was heard.
I continued...

"In the tens of thousands of photographs I've seen of the surfaces of Mercury, Mars and Venus, nothing - I mean absolutely nothing - comes even remotely close to the spectacular view one has while standing on the beach of Point Pleasant, New Jersey (or any ocean front beach). Before you is the magnificent spectacle of the Atlantic Ocean.  Trying to take all of this in is both a mental and physical challenge. No Martians, Venusians or Mercurians can present anything as spectacular.

When you eat something, the chemistry set in your body tries to break down the food into sugar.  The primary sugar is glucose. The glucose donates electrons to the oxygen you breath. This exchange of electrons from a higher glucose to a lower oxygen state is what provides you with energy to, for example, read this submission, empty the trash and check the mail.

The year was 1982. A problem existed at Lake Oneida upper New York State.  The lake,  fed by slopes that contained magnesium, was expected to have magnesium oxide deposited in the ooze at the bottom of the lake. When the ooze was analyzed there was very little magnesium oxide - less than one thousand times the anticipated amount.

Kenneth Nealson had the answer.  He thought there must be some kind of bacteria capable of making the magnesium oxide disappear. He discovered the agent responsible was a bacterium known as Shewanella. Shewanella was the first, but far from the last bacterium of this type. We are now aware of  an estimated thousand strains of bacteria popularly called "electric bacteria" they don't give a rap about sugar, oxygen or sunlight to produce their energy.  Instead they eat and breath electricity. 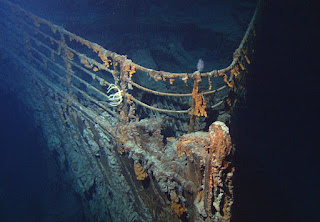 You probably are already aware of metal eating bacteria if you have been following the story of the Titanic.

The rusticles decorating the sunken wreck are the result of 20 or so different bacteria eating away at the ship's steel.  They are part of the same strain of electric eating, metal eating bacteria. 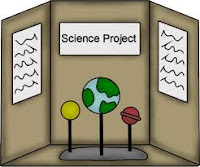 You want to determine the bacteria in the soil of your backyard - possibly for your son or daughter's 6th grade science fair project. 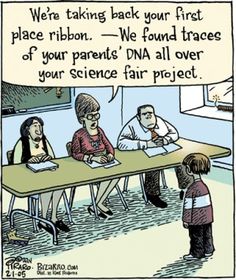 It is simple. Get a teaspoon of soil, place it in a Petri dish, add a nutrient such as sugar water and cover the dish.  Return to the dish in a few days and there you have it, the dish teeming with microbe life. A drop of the water from the dish examined under a microscope reveals plenty of life forms for your science project.

As they are metal seeking, electron seeking microbes won't be caught up in the experiment because they do not seek oxygen, sugar, or sunlight for energy production, unless you caught a few by accident.

I can imagine the headlines, however, had these bacteria been found on Mars... "Extra Terrestrial Life Found on Mars." And "...this life unlike anything found on earth.  They eat electricity and discharge electrons!"

It is not that these bacteria are extraterrestrials, rather it is additional evidence of how little we know of life on earth...life in your own backyard.


Posted by Kabrini Message at 6:00 AM