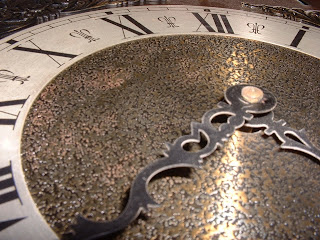 Question: How many hours in a day?

Answer: There are twenty-four hours in a day.

Question: Why the number 24?

Answer: There are twenty-four hours in the day because that is the time it takes the earth to rotate once on its axis.

There is a problem with that answer.

Although it was the answer we were given in grade school, it flies in the face of history.

The earliest peoples we know of who used a twenty-four hour day were the Egyptians of nearly five thousand years ago. The Egyptions of that time thought the earth was flat and stationary. They could not arrive at 24 because it is the time it takes a round earth to rotate once on its axis. Twenty-four must be related to something other than a rotating earth. 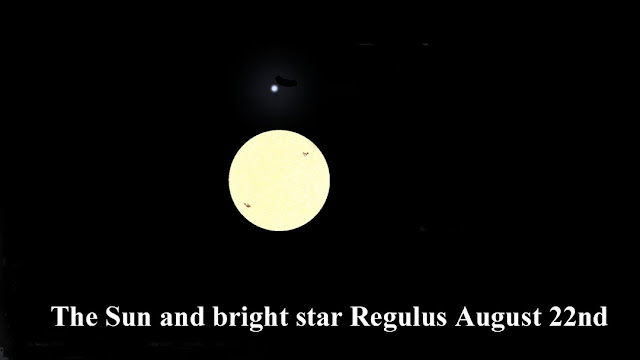 The diagram shows the position of the Sun and the bright star Regulus in the evening of August 22nd. Don’t bother to look for the pair because the light from the near Sun will overwhelm the light of the much more distant Regulus. The diagram is a case of perspective. If we place the Sun next to Regulus, the star Regulus would outshine the Sun by 150 times.  It takes the light of the Sun just eight minutes to reach the Earth.  The light from Regulus, traveling at the same speed, will take 78 years to reach the earth.

During the year the moon orbiting the Earth traveled 12.4 times around the sky.  The nearest whole number is 12. The two brightest luminaries in the sky, the Sun and Moon shared the number twelve. Twelve then took on significance greater than simply a point on a number line.

The earliest time measuring devices found in Egypt appears they first divided the night into twelve parts, then later the day into twelve parts. Twelve plus twelve is twenty-four. This is how we get twenty-four hours in the day.  Note the number has nothing to do with the rate the Earth rotates but rather due to the ratio of twelve orbits of the moon around the Earth to the Sun’s apparent one.

If you have a timepiece in your home that divides the twenty-four hour day into twelve plus twelve hours, just keep in mind that idea is as old as the Egyptian pyramids and there it is, right inside your home.