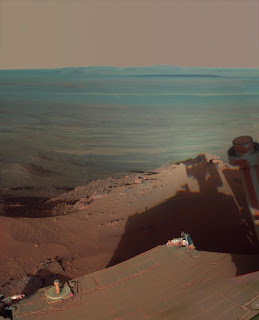 Author Cindy Borgne is here today to discuss her two books “Seer of Mars” and its sequel “Visionary of Peace.” 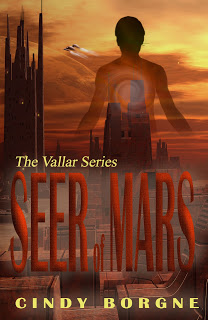 At sixteen, Ian Connors happens to be the secret weapon of a powerful military faction bent on conquering all humans who have colonized Mars. His job is to use his psychic ability to uncover secrets or hidden bases of other factions. Ian not only uncovers a valuable hidden mine through his visions, but also Kayla, a woman he sees himself with in the future. The only problem is she's on the enemy side.

Ian heads out into a battle to save Kayla. Instead, he discovers the death and destruction his visions can bring when in the wrong hands. Ian vows to never let anyone use him again. His goal is to escape and live in peace, but his superiors monitor him closely and defectors are known to mysteriously disappear. Deep down, he longs to be with Kayla. Despite his age, inexperience and few allies, he refuses to give up. He must outwit a cunning admiral and save Kayla from his own people or he will remain a pawn and forever separated from those he loves.

2.                 What inspired you to write “Seer of Mars?”
I started out wanting to write a story about a character with psychic ability. Then I thought what if he was caught in a situation of being used by someone with power. What if he didn’t realize at first, but when he did he was still forced to do things he knew were wrong? What would he do?

The idea of putting this all on Mars came about when I’d heard about companies building rocket-like planes capable of going into orbit around the Earth. I thought maybe one day it would be corporations that go to the moon or even Mars. I needed conflict, of course, so in my story the corporations were abandoned by Earth. In order to survive, they turn against each other. 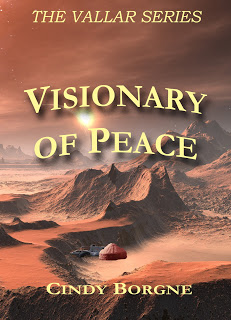 Ian Connors had planned to use his visions to spy on Marscorp in order to maintain peace, but flashbacks and nightmares make it impossible. Since two years of peace have passed due to a stalemate, Ian decides to try and live a normal life, until one day he has a vision so horrifying he has no choice but to become the seer he once was or Vallar will have no future. While he struggles to regain his ability, the Marcs plot to capture him alive in order to complete a deal for their return to Earth.

The theme of the first book is about being stubborn, but in a good way. It’s about the fight to not give up no matter how small you feel or what challenge you are facing. There is also the theme of how it is important to trust again, even when that trust was once betrayed. The second book is about overcoming fears and forgiving others for a greater purpose. Both books shadow these themes.

I like stories that are about something different or unusual, so my writing leans toward that genre.  Although, my stories aren't what I would call hard science fiction, they are more speculative and mainly about the characters and how they deal with the situations I get them into – the poor things.  But don’t worry, I do cover the technology. I just don’t go overboard with too much info.

6.          Do you write in any other genre?
I have another novelette called "TransShifter" that I consider to be paranormal fantasy. It's about a shapeshifter who finds out there is more to being human than she realizes...while getting into all sorts of trouble. This story is currently free on Kindle. I have also tinkered with writing a steampunk story about Native Americans. You could say I like to be different, and I'm open to other genres as long as it's about something unique.

Cindy Borgne lives in the area with her two kids and one stubborn, yet somehow lovable basset hound. In 2011, Seer of Mars was a finalist in the Readers' Favorite contest. She won an honorable mention for short fiction from Writer's Digest. Her short story ThunderSnow was chosen as an editor's pick at Eloquent Stories.