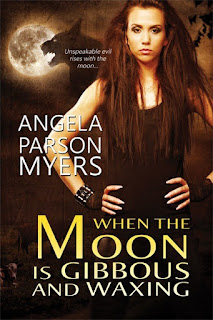 Today I am turning the blog over to, Author Angela Parson Myers, for a special insider's look at just some of the extensive research that goes into writing a novel.  Most of us don't realize, when we are engrossed in reading and loving a book, the exhaustive, yet fascinating work that took place to get all of the details just right.

I get very strange looks from people when I tell them I’m doing research for a novel. I can almost hear what they’re thinking: “You write about werewolves, for Pete’s sake!”

But the truth is, even fantasy often has years of research behind it. Think Lord of the Rings. JRR Tolkein served as the Rawlinson and Bosworth Professor of Anglo-Saxon at Pembroke College, Oxford, and Merton Professor of English Language and Literature at Merton College, Oxford. I studied some of his scholarly works when I took a course in Old English at the University of Illinois. His worlds of Middle Earth and the invented languages spoken there came from deep knowledge of language and the ancient stories written in them.

I wish I could say I was as knowledgeable as JRR Tolkein, but of course I can’t. I can, however, say that I researched several points in my novel When the Moon Is Gibbous and Waxing. First, of course, I researched legends of werewolves. Like Natalie, I was shocked to discover how few serious works were listed in the U of I Undergraduate Library, so I turned to popular literature. Neither she nor I liked what we found there.

So I invented an inherited condition that would enable people to shape-shift—not to the extent of the legends, but enough to give rise to those legends. I tried to keep the genetics as simple as possible so as not to go beyond my 1960s college biology classes—just dominant and recessive genes. I was fortunate to have a professor friend whose specialty was the breeding and raising of sheep at the time the spider leg defect was discovered in the U of I flocks, and I used that to help Bobbie figure out Natalie’s “problem.” I also had a childhood friend whose daughter was a graduate student in biology at the U of I. She was able to confirm several of the tasks Natalie performs in her master’s research.

I talked to my pet’s veterinarian to learn the components of canine blood. Then I compared them to the components of human blood listed in a medical text from the library, only to discover that Natalie probably would not have been able to tell the difference. I also discovered that medical blood tests were largely automated by 1989. So I dropped a scene from the novel in which she tested her own blood, and changed the scene in which she talks to the doctor about her amnesia.

I found an emergency room nurse whose husband was a police officer to interview about Bobbie’s and Michael’s injuries and how debilitating they would be and about both hospital procedures and police ranks and procedures. I also attended many writers’ workshops from which I learned a little about guns and gunshot wounds. I talked to my husband’s nephew, who had been shot during the Viet Nam War, about how it felt.

I’m now working on a sequel, much of which takes place in Scotland. I took notes when I traveled there a couple of years ago, but I’m having to research accents, especially Glaswegian accents, police ranks and procedures, and hospital procedures. I’ve spent one very late night—actually a very early morning—emailing the Glasgow police already. I’m afraid (read that hoping) that I might have to visit again to make sure I get my facts straight.

I know that when it comes down to actually writing the book, I’ll make mistakes. But that doesn’t mean I won’t do all I can to ensure the facts I use are accurate. It’s the duty of the writer to be as factual as possible because facts are the threads that lend strength to the lies that make up the fabric of the fantasy. And that requires research.

Graduate student Natalie Beres can't remember who attacked her that autumn night under the full moon. She can't remember anything between leaving her lab in a secluded building at the south end of campus and arriving at her apartment in the wee hours of the morning. Covered in blood. Not her own. Other than the loss of memory, she's completely unharmed.

She can't say the same for the men who attacked her. The grisly campus murders force Natalie to dig deeper into what happened that night, to force herself to remember. But what she learns about herself is horrifying. When the police officer investigating the murders tries to get close, Natalie is caught between her attraction to him and her fear of discovery. But worse, can she avoid being found by the young man with a similar problem who's on his way from the West coast to find her...leaving a trail of shredded corpses along the way...? 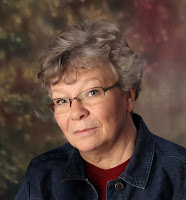 Posted by Kabrini Message at 8:55 AM