Abraham and The Kabrini - Similar or one and the same? PART 2 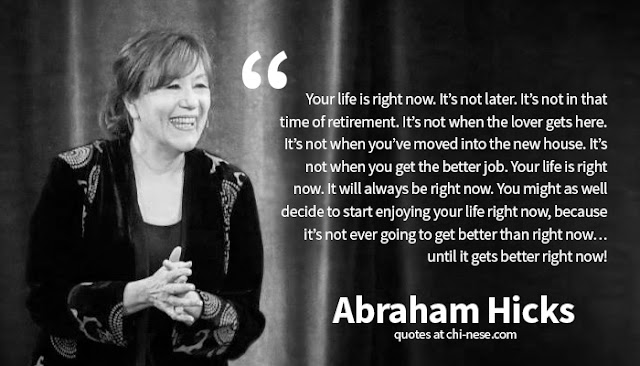 Welcome to Part 2 of 4 as we continue with the wisdom of Abraham, as translated by Esther Hicks in the teachings known as Abraham-Hicks.

If you missed Part 1, you can get caught up now by clicking here.

Once you've completed Part 1, see how much you've learned and test your Abraham knowledge by taking this QUIZ - PART 1 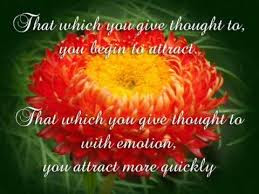 Click on the arrow below for the Hayhouse Radio podcast, "Ask and it is Given", which covers much of the Abraham philosophy: NOTE:  This contains important information required for the Quiz on Part 2 in our next post on this series! 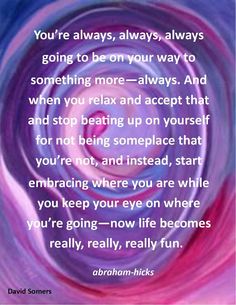 Did you listen to the podcast?  Good!
Now here is another excerpt from The Kabrini Message wherein the Kabrini deliver strikingly similar "messages" to those from Abraham: 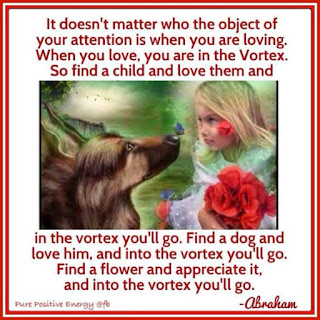 Kabrini: We are not concerned with what we stand to gain. It is merely our instinct to help any living being when they are in need. When you find a baby bird that has fallen from her nest, do you not take her in, wrap her broken wing and nurse her back to health? It is your duty to do so. When you do not care for others, you only harm yourself. After all, we are not separate beings. Everything in the universe is connected.
UN: What do you mean by, “Everything is connected?” 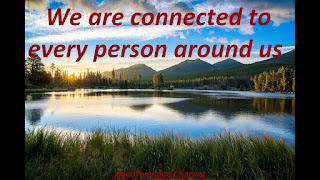 Kabrini: There are no boundaries between you, your loved ones, your neighbors, your country, your planet. There are no boundaries between mankind and the Kabrini and any other living being in the universe. The only boundaries that exist are those you have built with your own minds. Mankind has the ability to communicate freely with us and any other being across the universe, whenever and however you desire. You simply have not trained your feeble minds to access that faculty. This will come with evolution, growth and guidance.
(Editor's Note:  "Feeble minds"?!  Hmmm...It seems the Kabrini are not quite as tactful as Abraham!)
UN: Are you saying you can communicate freely with other beings throughout the universe? Without using the network of rods? 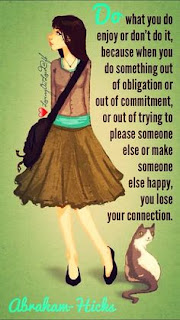 Kabrini: Yes, and you have the ability to do the same. But you must be patient, as this skill develops slowly. At the dawning of our existence, our own species was not unlike mankind. The first Kabrini were impatient, greedy, narcissistic, self-serving, war-mongering savages.

UN: Gee, thanks. How long ago was that? Exactly how old is your civilization? 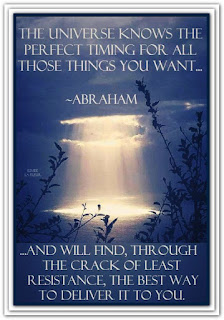 Kabrini: Unlike humans, we do not measure time. In fact, time does not truly exist at all, at least as mankind understands and experiences it. It is merely an illusion. Your relationship to time will change dramatically as your species evolves—and eventually, the mirage of time will disappear altogether. Only when you release yourselves from the burden of time will your species see and understand the universe clearly.
UN: So you’re saying that as humans evolve, time will cease to exist and we will also be able to communicate with other beings across the universe...using only our minds? Do you realize how ridiculous that sounds? 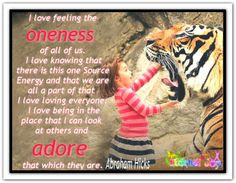 Kabrini: Yes, that is what we are saying. And the only thing that is “ridiculous” is your narrow minded view of the universe. But this is to be expected. Your species is extremely young. Once you evolve and develop pure universal awareness, you will no longer focus on what is best for yourself. You will finally realize that there is only “us.” The “us” represents one collective soul of every living being across the universe. Your species will soon understand that when one person positively affects something in their small part of the universe, the entire universe benefits. This is when your minds will elevate to a collective consciousness in which mankind can tune into any other living being across the universe.
UN: You believe that all minds across the universe are somehow joined? 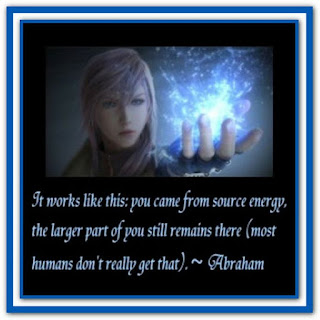 Kabrini: We do not merely “believe.” We KNOW. The horrors that face mankind—war, poverty, disease, starvation, racism—all of these struggles are the manifestation of the rifts in the collective human mind. You do not realize your minds are joined, and thus you do not know how to think as one. Once your species learns how to tap into the collective mind, these issues will quickly resolve and your species will discover ultimate peace.
Driscoll read on for hours. When he finally finished, he pulled his bloodshot eyes away from the computer screen, rose from his chair, and walked slowly across the room. He rubbed his weary face and leaned over to fix one eye on the telescope pointed out of his office window. The sun had set while he was reading the transcripts, and the smog had cleared from the undulating horizon. Above the Los Angeles hills, the stars glimmered in a royal blue sky, extinguished briefly by passing wispy clouds before reigniting again. 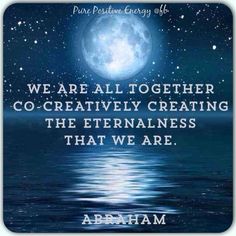 “I knew you were out there,” Driscoll whispered to the darkness. “But I had no idea…I never could have imagined….the magnitude of what you can teach us.”
As he studied the few constellations he could see through the bright dome of city lights, Driscoll tried to digest everything he had just read. “A collective mind, huh?” he reflected silently. His thoughts were interrupted by a loud alert emanating from his computer that sounded like a droplet hitting a puddle of water. It meant he had just received an instant message.
(Editor's Note:  Jumped ahead just a little bit in the conversation to condense.)
Kabrini: ...This is the Kabrini. And you are Jeffrey Driscoll. Your wife is Carol Driscoll. Your mother was Betty Driscoll. Your father was Tom Driscoll (a fine specimen, he was).
JDriscoll: Wait a second…that was sarcasm! The Kabrini aren’t capable of sarcasm. Nice try, Pete.
Kabrini: Of course we are capable of sarcasm. We know that’s one of your preferred means of communication, Jeffrey. We also know you just finished reading our messages to your UN people. You were looking through your telescope when we contacted you.
The color drained from Driscoll’s face, and his hands shook violently as he typed:
JDriscoll: How the hell do you know all of that? 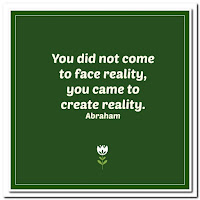 Kabrini: Because we are the Kabrini. We know. We also know you have been watching the skies for many years. You have a deep connection with the universe, Jeffrey. A much stronger connection than most of your fellow humans.
Driscoll’s heart raced as the realization hit him like a tractor trailer: “Holy shit! I’m having a one-on-one conversation with the Kabrini.” He started typing again:
JDriscoll: So, it is true. You really are connected to everything and everyone in the universe.
Kabrini: Yes, of course it is true. We are all connected. Deep down you have always known, Jeffrey. We have reached out to you many times throughout your lifetime, and you have never failed us. If it were not for you, mankind may never have discovered our message. We want to thank you for listening…for hearing us…even when others did not or could not believe.
Be alert and aware. Pay attention to the signs around you. Open your eyes, and you will find the way.
Now Driscoll was typing furiously. 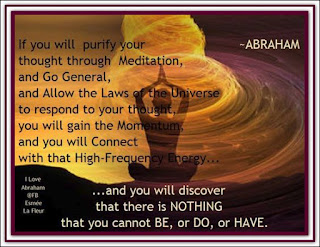 JDriscoll: But how do you know? Where do I look? And how can you watch us from so far away? Are you psychic or something? Do we all have that power, the ability to read each other’s minds? How do we tap into it? Is there a God? What happens to us when we die?

Kabrini signed off.
“Dammit, no!” Driscoll shouted as he violently clicked at the instant messaging box hoping he could recover the connection. “Don’t leave now! I have so many questions…” He ran his fingers through his now sweat-drenched hair and stared out his office window with stunned eyes. “Oh my God,” he said out loud as everything started to sink in.
As the Kabrini’s words tumbled inside his brain, he suddenly felt bone-tired. He reclined in his office chair and closed his throbbing eyes. “I’ll just rest for a minute before I go home,” he thought. “I have to tell Carol…” And within seconds, he had fallen into a deep, dreamless sleep. 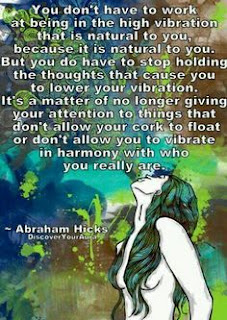 JUST A SIDE NOTE:  Interestingly, Esther and Jerry founded Abraham-Hicks in 1986.  The Kabrini Message was written in 1987.  This is yet another example of the significance of that period, which was detailed extensively in a previous Kabrini Message blog post  "Timeless Messages" (11/26/12), which can also be read by clicking here.  Much of that post was written based on information from  Navigating the Collapse of Time (Weiser Books, 2011) by David Ian Cowan. Here is one quote taken from Mr. Cowan's book on this subject:

“…the intense period of our awakening began during Harmonic Convergence in August 1987, when we began a twenty-five-year countdown to our awakening.  During this period of time, many memorable spiritual teachers have brought us critical information that has been challenging us to wake up.”

And now, as promised, "The Placemat Process" explained,
followed by a short (3 minute) video about it:

The Place Mat is one of the most powerful processes of deliberate creation offered, so far, because it helps you to clearly focus, without resistance.
A woman said, "Abraham, this is like magic!" Abraham replied, "It seems like magic because you have been wanting these things for years but now you want with no resistance."                                 - Abraham-Hicks Calendar

The power of the Place Mat process is that it accomplishes the only two prerequisites to Deliberate Creating:
1. Identifying your object of desire (what you want)
2. Allowing it (having no resistance)
Want it, allow it, and it is!!!

Called the Place Mat process because Esther started using it as she and Jerry traveled, eating in restaurants a lot, simply writing on the back of a place mat.

Using any piece of paper, draw a "T" dividing the paper into two sections, writing "THINGS I WILL DO TODAY" on the top of the left side and "THINGS I WANT THE UNIVERSE TO DO FOR ME" on the top of the right side. On the left side (your side), write those things that you are ready and willing to take action on now-those things that you really want or feel inspired to do (not anything you think you "should" do or have any "obligation" to do, for there is resistance already built into those).

On the right side (Universe's side), write anything you want to have, do, or be in your life that you are not ready to take action on or that you don't know how to do or think you don't have the resources to do. Then allow the Universe, with its large and competent staff, to handle those things for you. 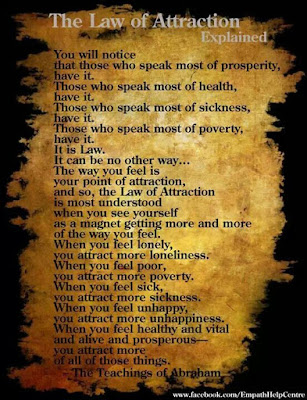 "What is the Special Zone? and how to create your life" (again, info. included that will be helpful for the Quiz on Part 2 in our next post on this series!):

Part 3 of our 4 part series continues on Monday, May 2nd with: 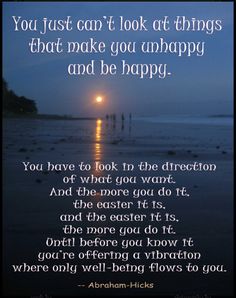 See you next week and remember: 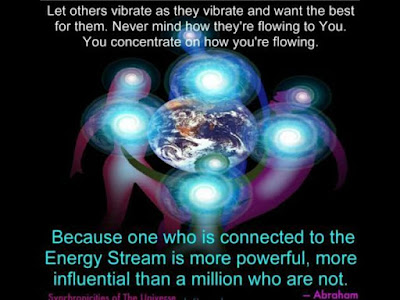