No, It Is Not Too Early, by Contributing Astronomy Editor Dan Matlaga 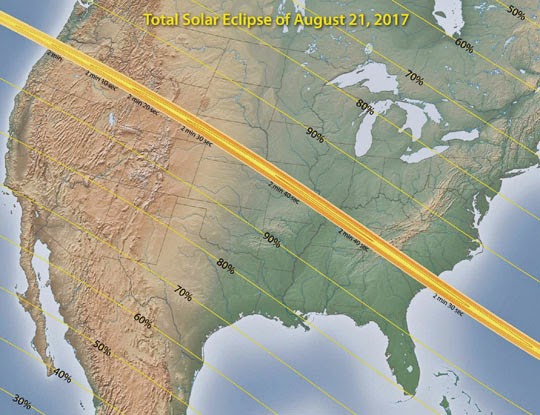 Exactly three years from today there will be a total solar eclipse whose path of totality cuts diagonally across the United States. A total solar eclipse occurs when the moon passes directly between you and the sun. It means you are standing in the shadow of the moon.

A map of the United States pops up to illustrate the path of totality. A map to tell you where you have to be in order to experience the full effect of the moon passing directly between you and the sun.  The effects of the eclipse will be greatly diminished if you step a mile or two outside the designated path.

As the date for the eclipse looms closer, there will be reports of where you should go to get the best view.  In one location the total phase will last longer, in another the least chance cloud cover will spoil  eclipse viewing.

It is worth investing the time and effort to experience the spectacle of a total eclipse of the sun. Authors have incorporated solar eclipses as part of their story line. (Click on the links below to learn more about the books mentioned.) 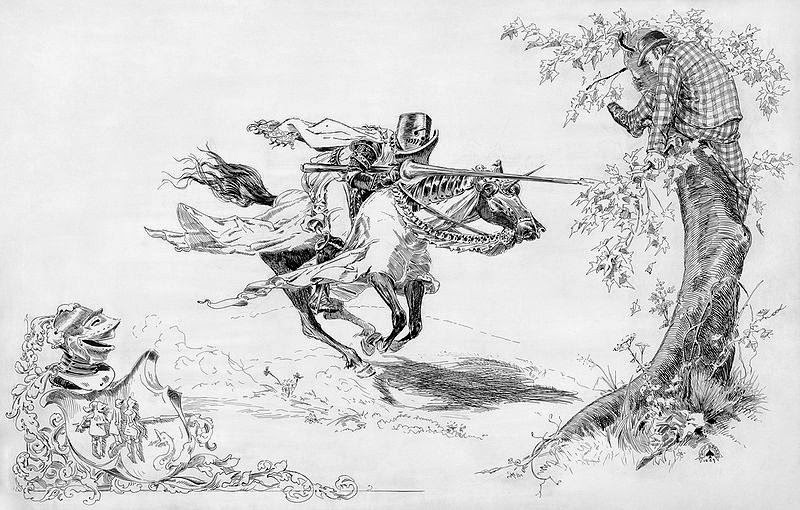 Mark Twain used an eclipse in his A Connecticut Yankee In King Arthur'sCourt, for example. 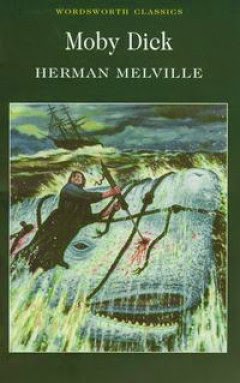 In Herman Melville's classic Moby-Dick, solar eclipses are used in three pivotal events in the novel.

Captain Ahab's leg is severed by the jaws of a giant white whale while a partial solar eclipse occurs to the north of the incident.

While Ahab is being rushed back home to Nantucket, he is fitted with a leg made from the bone of a sperm whale. At home he and his wife give birth to a child.  Early one evening Ahab is found on the ground, his whale bone leg splintered, one piece of which has pierced his groin and all but unmanned him. This accident occurs on the date when an annular eclipse of the sun was visible at sunset from Nantucket. It is this event which sparked the mind of Ahab for a head to head confrontation with the white whale.
How can Ahab accomplish this?

He once again commands the ship Pequod.  Months after leaving Nantucket Ahab gathers the crew together aboard ship.  He convinces the crew that his vengeance is theirs.  What they want to do in life is kill Moby Dick.  Ahab nails a Spanish gold once coin to the mast. The coin given to the first crewmember who spots Moby Dick.  There is dialogue between Ahab, the crew and first mate Starbuck. What underlines this great theater, the third pivotal moment in the story, is the appearance of a total solar eclipse directly above the Pequod.

It is worth investing the time and effort to experience the spectacle of a total eclipse of the sun and no, it is not too early to start now!