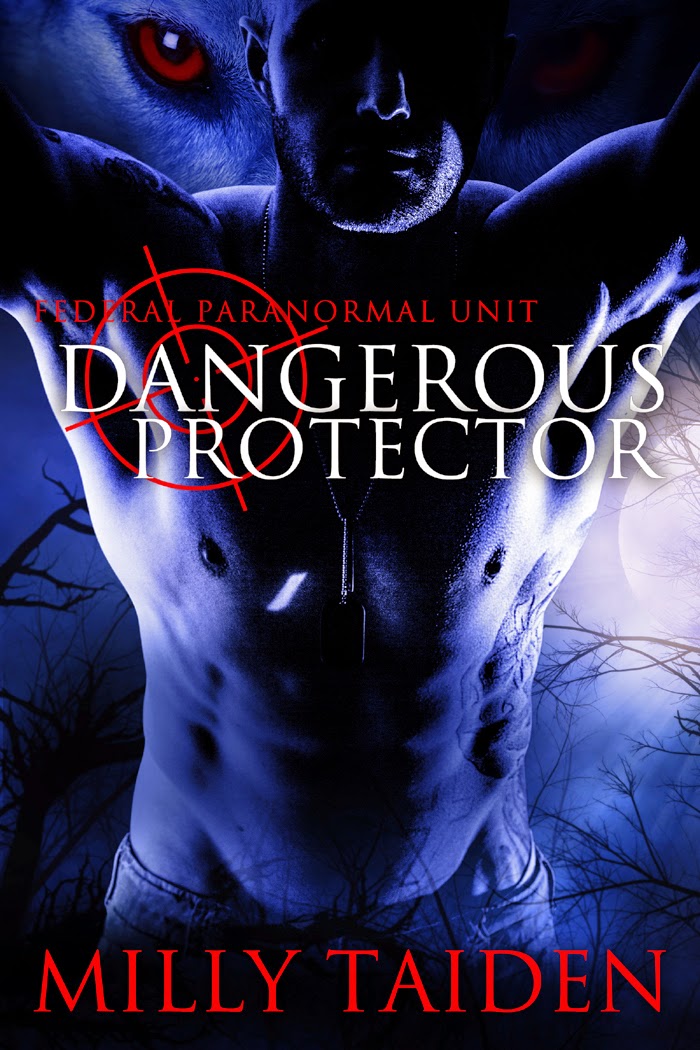 So happy to welcome back our good friend, Author Milly Taiden and her latest book, Dangerous Protector!  So sit back, read all about it (as they say), check out the video and be sure to ENTER THE GIVEAWAY FOR A KINDLE HD FIRE OR $140 GIFT CARD TO AMAZON OR B&N OR 13 OTHER FABULOUS PRIZES 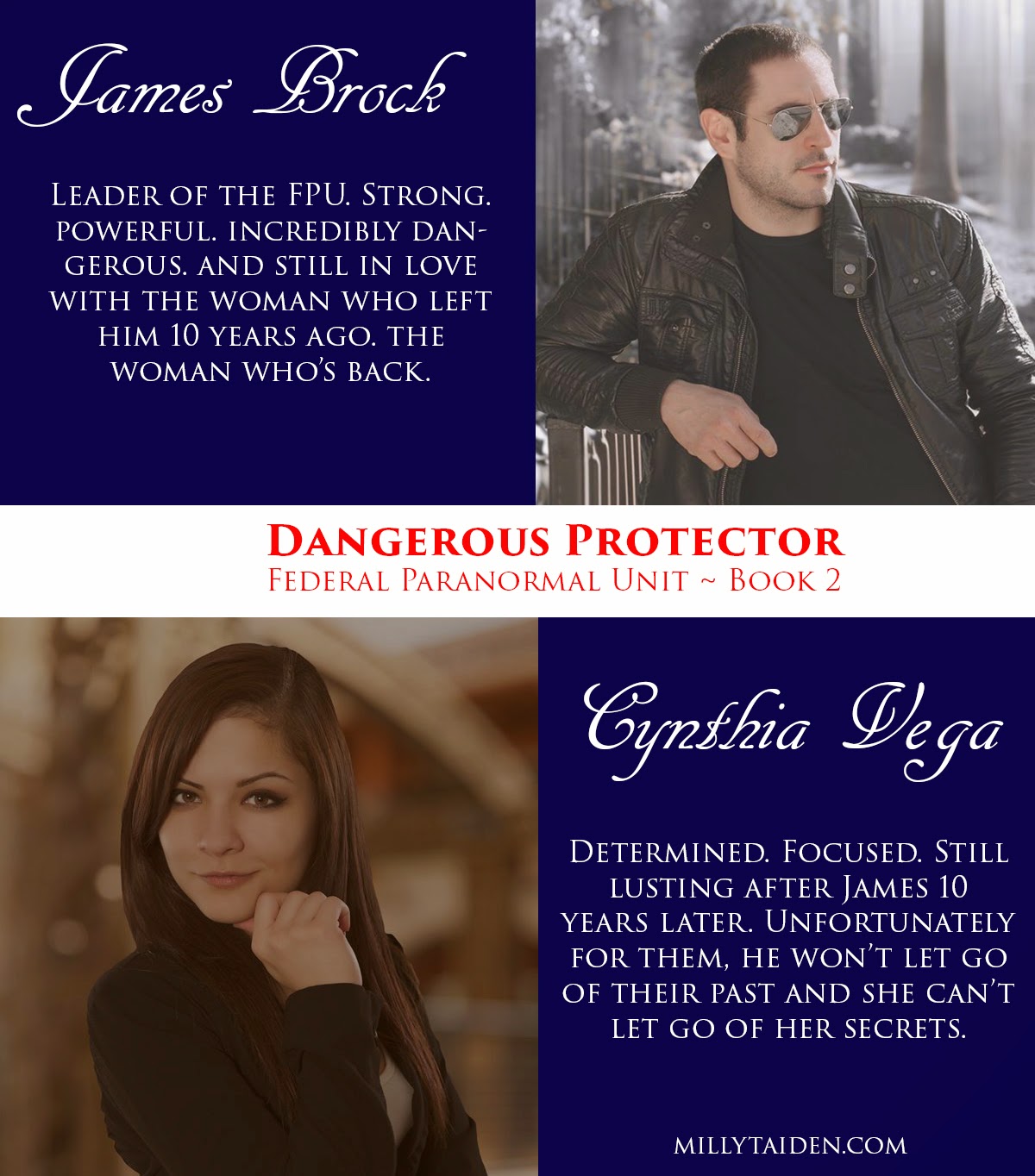 If you run from love, you're asking for a chase... James Brock lived the past ten years without the woman he loves. Using his job as head of the Federal Paranormal Unit to help others, he's done a good job of ignoring his lack of a personal life until she returns. His salvation. His first love.

Cynthia Vega had a very good reason to leave the only man she loved after she'd accepted his marriage proposal. Now she's back as his boss. And he's not willing to ignore their chemistry or the past.

Brock is determined to claim his mate and prove that their passion is even hotter than before. He wants her and her explanation behind their separation. Except, some secrets won't stay buried in the past. Brock will fight his demons to follow her lead, but Cynthia's reluctance to explain their lost love may be the one key to their destruction...


Book Trailer – Check out this sexiness!

“Brock!” The sound of Cyn’s yell reached him just as he was about to hop into the passenger side of his vehicle.
He stopped. The frustration he was tamping down surged all over again. She reached him a moment later, still panting from the run out of the burning house.
“I just want to say…thank you.” Her gaze dropped down to his mouth. Lust bubbled up inside him. At her slow lick of her lips, he had to grit his teeth to stop himself from hauling her to him. To taste her. “I know your team found the child.” She met his gaze. Desire sparkled in the depths of her hazel eyes. “I appreciate it.”
The beast he never allowed control roared inside, demanding a taste of her lips. Ah, those lips. She had the full luscious bow shaped lips that he knew were soft, decadent, and fit perfectly against his. Her lips, along with every abundant curve on her sexy body, had been his downfall.
“You don’t need to thank me. This is our job.”
“I know I don’t need to thank you. But you and your team…” She glanced over his shoulder into the SUV. Ramirez and Donovan were actively studying them with interest. “You got her and called for help before anything could happen. You saved this child.”
He gripped the door handle. “No. We found her. You saved her.”
“James…”
The hairs on his arms rose. Something unlocked inside him. Her husky voice, pitched with that sexy Latin accent, was like a punch to the gut. It was low, so low over the still blaring sirens, over the shouts from the firefighters, if he hadn’t had enhanced hearing, he’d never have heard it. None of that mattered. To hear her say his name so softly instantly brought back memories of another time, another place. A time when they’d done much more than mere talking. She shifted. His attention was drawn to her chest. The material of her top plastered to her body, showing off her full breasts.
Ignore it.
He pushed the unwanted memories and feelings back. “You got the kid, Vega. That’s what matters.”
Hurt clouded her eyes. Should he care that she’d been hurt because he called her by her last name? No. He couldn’t care. She’d left him and never returned. Until now. Those emotions weren’t part of him any longer.

So, where can we buy this awesome book (you may be asking)???

AND...here is where you enter the Rafflecopter Giveaway!

If you have not already done so, meet the author, Milly Taiden! 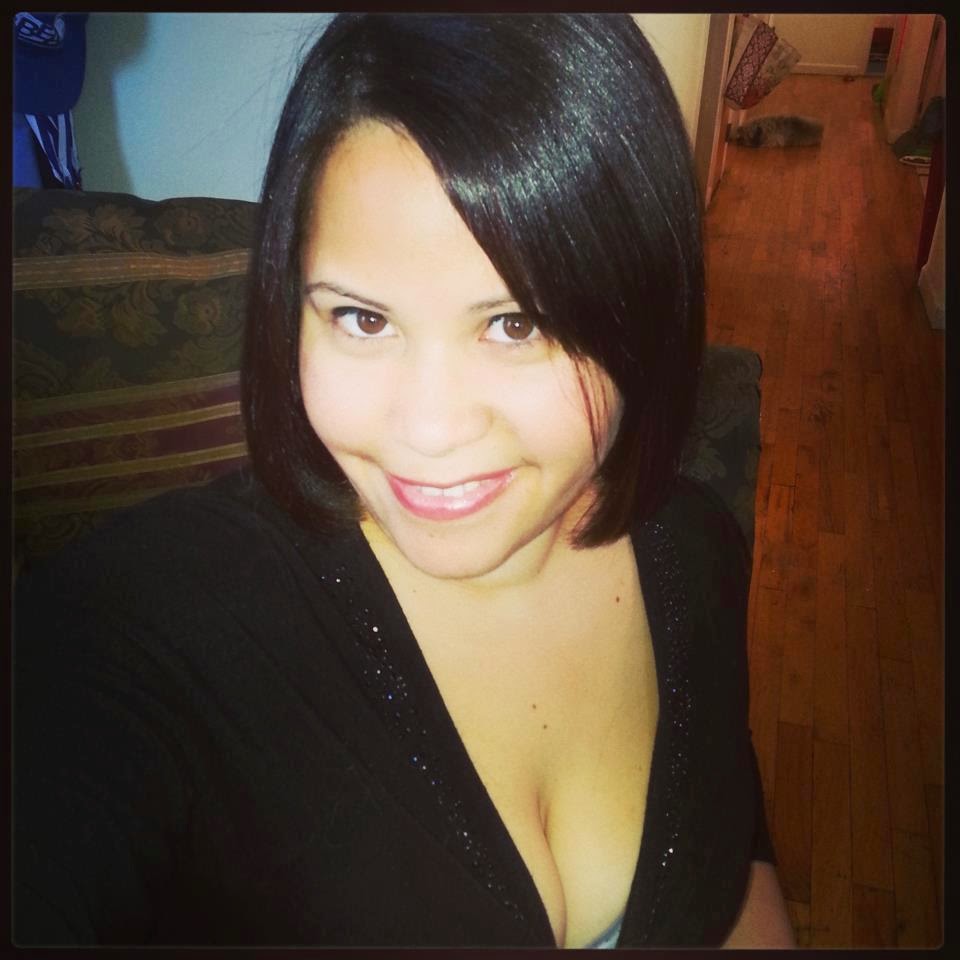 SIGN UP FOR MY NEWSLETTER FOR A CHANCE TO WIN A $50 GC EVERY MONTH!

Hi! I'm Milly (AKA April Angel) I love to write sexy stories. They're usually either paranormal or contemporary with a large dose of heat. My paranormal stories can be anything from wolf-shifters (my favorites) to witches, demons and anything in between. I was born the prettiest part of the Caribbean known as the Dominican Republic. Currently, I live in New York City with my hubby, the bossy kiddo and our little dog "Needy Speedy". Don't ask.

When I'm not working some really long hours at the day job, or hanging out in the awful life-sucking invention known as Facebook, messaging my bestie in the UK or shopping with my sis Julie, then I can be found watching scary movies. Buuut when I'm not doing that, I'm usually writing because the voices won't shut up.
I am addicted to shoe shopping, chocolate (but who isn't, right?) and Dunkin' Donuts coffee.

Come by and visit me! I love to meet new readers!