You are surrounded by four simple words.  Four words probably picked up sometime between third and fifth grade.  The words are: West, South, East, and North.

If asked what these four words mean, nearly everyone from grade school through graduate school will answer "directions”.  If you thought "directions”, you must understand when you were in school you were taught definitions not meanings.  Directions are the definition of the four words, but not the meaning. 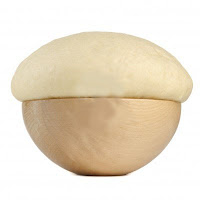 The word East means to raise, after all the sun, moon, stars and planets all seem to rise in the East.  You knew East means to rise even before breakfast this morning.  You have heard of the word "Easter”, which means to rise.  If you lived in Europe several centuries ago, there was a goddess named Esther.  It was Esther's job to make the plants rise from the ground each spring.  An observer can determine if the goddess pictured in the painting before them is the goddess Esther because she is always depicted either holding or surrounded by rabbits.  These animals were known as Esther's rabbits, the origin of the modern symbol of Easter rabbits.

If "east" means to rise, "west" means “to go down.”  The meaning of these two words simply reflects what is happening in the sky.  Celestial objects appear to rise in the east and go down in the west.

Of the four words north is perhaps the most interesting.  If we translate the word “north” into English, it means “left”, as in left and right.  In order for north to be on your left, you must face the east.  The Latin word for “left” is the word sinister, which means evil.

Why is north thought of as evil?

To understand this you have to pay attention to the daily weather report. When cold arctic air moves out of Canada and quickly heads south creating snow in Louisiana, citrus crops freeze in Florida, this cold weather front is known as the Arctic Express.  This is not just an American phenomenon.  Several decades ago hundreds of Europeans died when an Arctic Express covered much of Europe.

It is a dark and stormy night 9th century in Europe.  You want to find directions. What can you do?  The magnetic compass hadn't reached Europe yet.  It is dark and stormy so no hint from the stars.  You can find north by looking for the local church.  Back in “the good ol’ days”, churches had their front doors facing east.  Well, not exactly east.  If the church was dedicated to St. Sophia, the patron saint of wisdom, for example, the church would be
shifted slightly north of east.  This to allow on August 6th, the feast day of Saint Sophia the first rays of the rising sun to pass through a special window and illuminate the center of the alter on the other interior side of the church.  Another word for east is “orient, this slight shift of the church known as its orientation, is how the word “orientation” entered the English language.
It is difficult not to notice we are dealing with opposites.  Not just in the words, but their meanings as well: North (cold), South (hot), East (rise), and West (set).  The question is: “Where do these opposites meet?”

It must be a difficult question to answer with our Western civilization view of things because having given this topic in over 700 lectures, there was only one student who was able to answer correctly.  The student was from the Navajo reservation, well steeped in Navajo traditions.  He explained it was an easy question to answer because the Navajo sees himself or herself as part of nature. 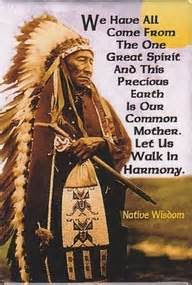 He went on to explain Western minds see themselves above nature so no doubt students might picture a map, or the Earth suspended in space.

What answer did the student from the Navajo reservation give?

Without skipping a beat after the question was asked “Where do these opposites meet?  His answer was: “They meet wherever you are.”

Something as simple as West, South, North, and East… words learned as “directions” sometime between third and fifth grade have a considerable cultural slant once you decide to put your curious mind to work. 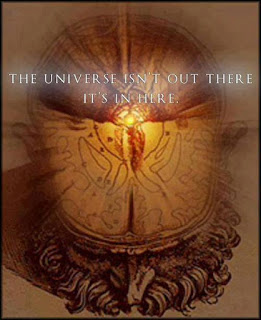 Thank you so much, Dan.  Another fabulous, thought provoking and educational post.  Really, can't thank you enough for sharing this with us.  Your vast knowledge is truly awe inspiring!