Welcome back fellow Etopia Press Author (how we met) AND weekly Twitter Pal, the lovely and talented Shehanne Moore!  It has been FAR TOO LONG since you were on the blog.  I checked...2013!!!


So thank you for taking time out of your VERY busy schedule and visiting with us along with some of your...umm...associates.


Firstly Marie, let me thank you for inviting me to your lovely blog and risking me bringing my Time Mutants here. 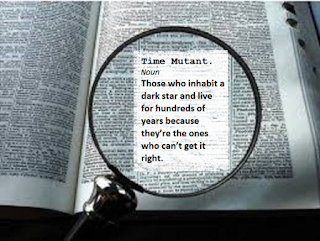 Not every one does given they can be dangerous 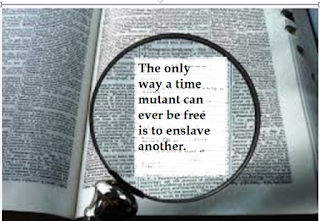 but if one should ever approach you, just don’t sign anything. Okay? More of that later.

Sure, no problem (*what have I gotten into?*)

Now then, Time Travel. There’s three types.  (And I bet you thought there were none?) Well, maybe there’s no real proper proof but do you think that’s stopped writers from constructing whole worlds around it? Not if the amount of books and films on the subject are anything to go by.

So yes, in the science of time travel we have---

Time machine travel involves having a machine that can transport us back to a particular time. It’s a device that needs little explanation so it’s a popular method when it comes to whizzing characters back and forth. 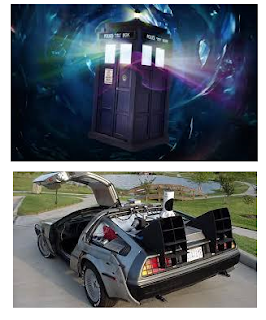 Back To The Future, Doctor Who, Timecop, 12 Monkeys. You might say HG Wells was the father of that kind of time travel. When he wrote The Time Machine, 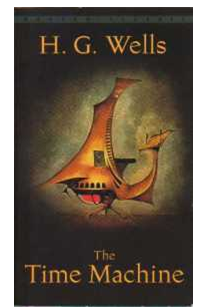 he paved the way for all the books, movies and TV programs that followed. He convinced us such a machine could be made AND it could work too. In case it doesn’t, films like Timecop, Terminator and 12 Monkeys are set in the future where we accept things will be very different given technological advances.

So next up comes, Time slip travel--a paranormal phenomenon in which a person, or group of people, travel through time often through a portal. Outlander, is of course, a major example of this.  The TV series Lost could count as  a time slip, the interesting thing being that there wasn’t a portal as such, there was an island which could be moved..as islands can be…and it led to characters being flashed everywhere.

This medium is very  popular for writers as it takes care of the tricky  business of transportation.

This brings us to the third  type of time travel, that is where the character is a time traveler. We know Doctor Who is a time lord and traveler but he does have a machine. A real time traveler has no machine and there is no portal.

Think  having some kind of disorder, perhaps genetic, like in The Time Traveler's Wife, or the film, About Time, and  because of that disorder you have no control  of  the time flashes. How awful would that be? Imagine yourself landing any place at any time, think of the clash of cultures, worlds, personalities…..

So how did a sweet, smexy girl like you find herself veering off into writing about time travel mutants?

I fell into writing time travel  by accident, and the awfulness of  being an actual  time traveler and that actual clash, was one I wanted to examine in my Time Mutants series. (Okay I didn’t really but that’s another story.) 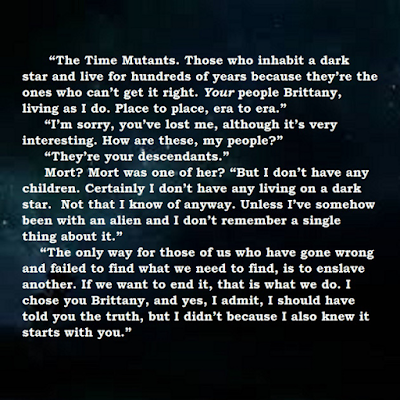 Time Mutants, as you can see are cursed, are damned, doomed to immortality. But by making a kiss all it takes for my Time Travelers to flash between two worlds initially, I did give them control of their lives. I was kind to them, honest.

Wait a minute Shehanne...there is a true nugget of genius in what you just said.  So you are saying if you kiss someone (or someone kisses you...maybe even a bunch of times) and they disappear, it could be they are a time traveling mutant?  It all makes sense now!  Thank you so much for that.  And to think, I've been racking my brain ...oh, sorry, do go on.

No problem.   So the fact that they’ve become Mutants is down to their simple failure to find one thing.
Love.
Even if it’s sometimes 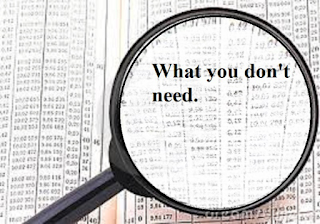 Again, so sorry to have interrupted, but I was overwhelmed.  Quite the "aha moment"...still taking all of that in.  Time traveling mutant...approach with caution.  (*Now she tells me*)

Somewhat of a vicious circle though, isn't it?  They've become mutants because of their inability to find love...which causes them to disappear after making out...oh,sorry...I mean kissing...which in turn prevents them from finding love (because they disappear...possibly from someone who may just love them with all of their heart).  What a predicament!  There must be some way to break the cycle.  Perhaps sheer strength, courage, bravery, the will to live, the knowing we deserve true love, the over-riding natural instinct to break free!  After all, the only way we can be held captive is if we, on some level, give our consent.  I believe Lincoln freed the slaves.  Yes, here it is right here:

Not at all.  All assistance and advice welcome.  I was just about to say I'd love to share a blurb for The Writer and the Rake

1765 had bugger all to recommend it.
He saw her coming. If he’d known her effect he'd have walked away.

When it comes to doing it all, hard coated ‘wild child’ writer, Brittany Carter ticks every box. Having it all is a different thing though, what with her need to thwart an ex fiancé, and herself transported from the present to Georgian times. But then, so long as she can find her way back to her world of fame, and promised fortune, what's there to worry about?
Georgian bad boy Mitchell Killgower is at the center of an inheritance dispute and he needs Brittany as his obedient, country mouse wife. Or rather he needs her like a hole in the head. In and out of his bed he’s never known a woman like her. A woman who can disappear and reappear like her either.
And when his coolly contained anarchist, who is anything but, learns how to return to her world and stay there, will having it all be enough,  or does she underestimate him...and herself?

And...You can read chapter one and find out more here:  The Writer and the Rake - Time Mutants

That is awesome; thank you so much for the free chapter.  We will check that out right now.

And thank you so much for visiting us, Shehanne.  And all the way from the UK (Dundee, Scotland to be exact, for anyone that doesn't already know that). Oh...that reminds me...please forgive the fact that my spell check insisted on "American-izing" the spelling of several of your words - sheesh!

But this went by too fast.  I didn't even get to ask you how the hamsters are.  Keeping busy, I'm sure. 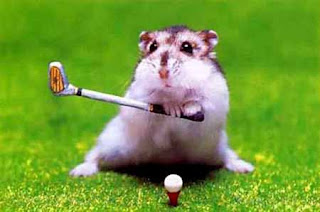 Well, that's OK, that leaves something to discuss next time.  And speaking of next time...let's not wait so long.

Here are links for Shehanne:


Posted by Kabrini Message at 4:08 AM