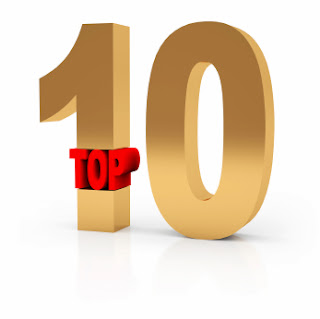 It began in grade school math class when we were introduced to decimals.  As I recall they have something to do with the number ten.  This is the month of December which sounds a lot like decimal.  But it can't.  Or so it seems.  If December sounds like decimal, and decimal has something to do with ten... but wait, December is our twelfth month, not our tenth.  October is our tenth month but an octopus has neither eight arms nor ten.  An octagon has eight sides not ten.

I brought this discrepancy up to my math teacher.  After a brief moment of contemplation she replied: "This has nothing to do with math, ask your social studies teacher."

I did.  Her reply was: "This has nothing to do with social studies... ask your science teacher."

"I don't know”, was the reply from my science teacher.

As I walked to the library that Saturday afternoon I gave some credit to the science teacher.  At least his answer was honest.  During that walk I realized these teachers; these fountains of classroom knowledge evaporate into a Sahara one step outside their lesson plan.

What I learned from my library visit was our calendar is the Old Roman Calendar which consisted of ten months, not twelve.  Expected from an agricultural society of three thousand years ago, they began the year in March.  It is the time days become longer than night.  It is the time the earth returns to life.  April is a perfectly good Latin word which means "to open up.”  What opens up in April are the flowers and trees.  In May, life on earth is flourishing.

June was named after Juno, the wife of Jupiter.  But this statement does not do it full justice so I will hold off any further comment for now.

July was named after Julius Caesar, August after Augustus Caesar.  September, October, November and December were simply numeric place holders for the rest of the year.

I was satisfied with the Old Roman Calendar of ten months as not just the oldest, but still in use, top ten list.  Satisfied until I began reading of the Pre Indo-Europeans (PIE). 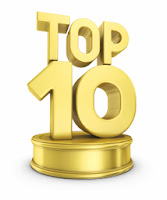 My bid for the top ten top ten are the numbers one through ten in Pre Indo-European language.

The nomination for top ten top ten is based on a simple fact:

After 8,000 years these words are recognizable today.  The top ten films of 2013 will be forgotten by February.  Yet these ten Pre Indo-European words pre date the Pyramids by thousands of years. Their influence can be felt today in such words as tripod, pentagon and universal.